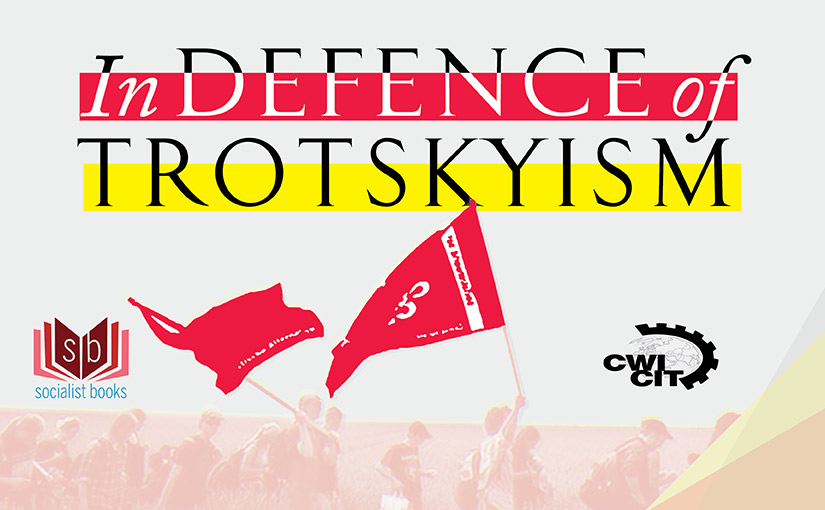 We’re very excited to announce the publications of In Defence of Trotskyism!

You can order the paperback here, and the Kindle version here.

The cover price is £10, but you will get 20% off for bulk orders, and for reading groups.

Since the financial crisis of 2007-08, many different movements have developed against oppression, austerity, neoliberalism and capitalism – with mixed success. In a complicated situation, Marxists must take stock, analyse what is going on and why, and present a way forwards.

In 2018-19, a dispute broke out over exactly these questions within the Committee for a Workers’ International (CWI), the world socialist organisation which includes the Socialist Party in England and Wales.

‘In Defence of Trotskyism’ is a new book bringing together many of the key documents produced to defend a working-class, Trotskyist CWI; a process which culminated in the CWI’s re-foundation.

The focus of this debate included the questions of socialism and ‘identity politics’; the role of the trade unions and the working-class movement; the national question; and under what programme and how should Marxists organise internationally and domestically.

Internationalist in form and content, In Defence of Trotskyism collects contributions from across the world, bringing together the collective experience of working-class fighters to weigh on these important questions.

This book is much more than a record of an internal debate. It is a restatement of Marxist principles, and a living example of their application in today’s world. In Defence of Trotskyism will be invaluable to all those fighting for socialism.