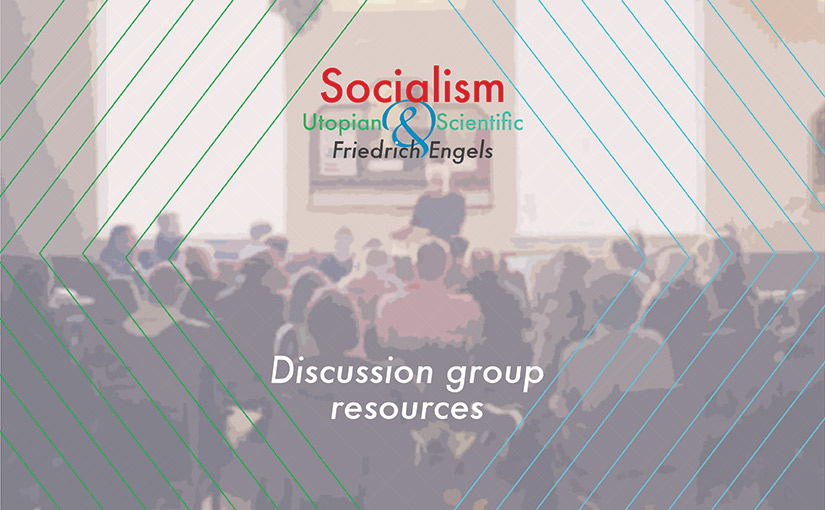 We are very pleased to announce that Socialism: Utopian and Scientific is out now! To celebrate, we’ve prepared a couple of resources to be able to assist discussion groups in discussing this classic of Marxism.

You can order copies of Socialism: Utopian and Scientific here; if you want a number of copies for your discussion group just use the code ‘bulk’ at checkout to get 20% off.

Socialism, the podcast of the Socialist Party, invited Ben Robinson from Socialist Books onto the podcast this week. We discussed why we’re republishing Socialism: Utopian and Scientific, what the key themes are and it’s importance. Have a listen below, or search for Socialism on your usual podcast app; this is episode 18 of an excellent series, it’s well worth subscribing and listening in every week!

We’ve also prepared a list of questions to try and help discussion at your group. We’ve produced a handy pdf to print off, and will carry the questions in full below. Feel free to use as many or as few as you like, or discuss it on your own terms. These are here to spark discussions and help explore and understand the book.

If you are organising a discussion group, we’d love to hear your feedback! Email through any comments here, tag us in your instagram pics @socialistbookscwi, or share it with us on Facebook or twitter.